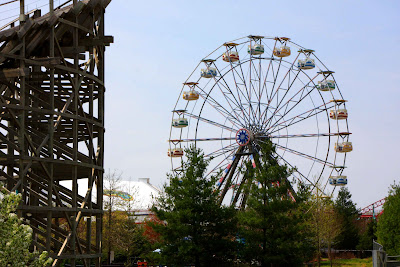 Sitting next to the Ozark Wildcat roller coaster at the now closed Celebration City amusement park in Branson, Missouri is this old-style, yet colorful, Electric Star Wheel.  Celebration City was opened in 2003 as a small town America and beachside boardwalk themed amusement park.  Apparently the wilder rides found in other parks, including sister park Silver Dollar City, were more attractive to today's adventurers.  Celebration City closed in October 2008.  It still stands, silently. 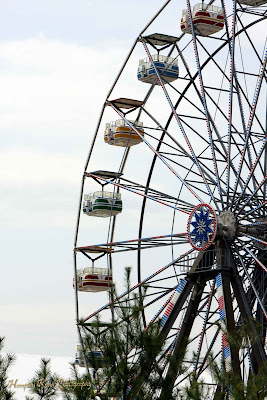 Much of the park is visible from the hills surrounding it and from the roads bordering the property (from where I took these shots).  I like looking at the park as it reminds me of the local carnivals when I grew up.  These rides were also more my speed, though my son has gotten me on a couple of the tamer water rides at Silver Dollar City. 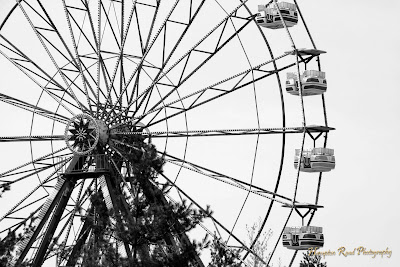 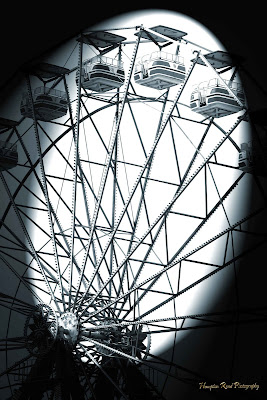 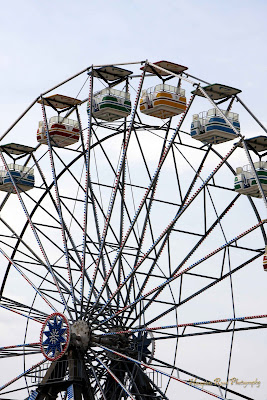 I don't know what the future holds for this property.  It's sad to see it all just sit there.  But the memories it evokes are very fun to revisit.

Thanks for taking a look.  Better yet, come to Branson and see it for yourself --- and visit all the exciting shows and attractions that are up and running!
Posted by Barbara at Thursday, April 15, 2010 1 comment:

The Ozark Wildcat Sits In Silence 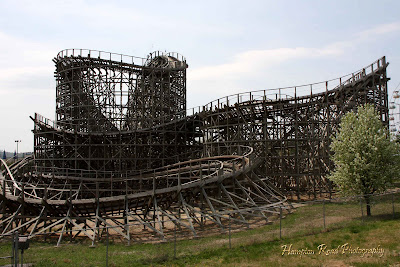 What looks like a relic from the days of wooden roller coasters, I was surprised to find that the Ozark Wildcat at the now closed Celebration City in Branson, Missouri, is actually only seven years old.  It operated from May 1, 2003 until October 28, 2008 when Herschend Family Entertainment decided to close the amusement park at the west end of the Branson "strip".

The future of the park and the Wildcat remain uncertain at this date, though at a cost of $4 million to build, I can't imagine this wooden wonder would be torn down.  However, stranger things have happened, so I took some time to get some shots of it.

The area was eerily quiet except for the wind blowing through the complex angles and curves.  As I was reviewing the images from the site I was underwhelmed, expecting to see some exciting depth of field, criscrossing shadows, and the faintest hint of a ghost of a train careening past at top speed of over 45 mph.  The time of day was just too close to high noon, the air too heavy with increasing humidity, and the sky white with haze.  Knowing what I need to look for in a future shoot of the Wildcat, I did have fun with the shots I took today.  It was just too tempting to add some special effects, Photoshop style....... so I did! 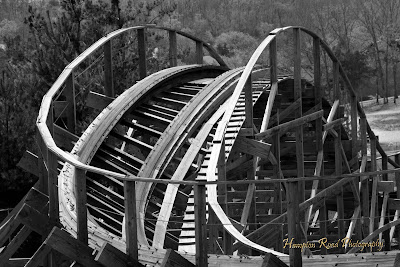 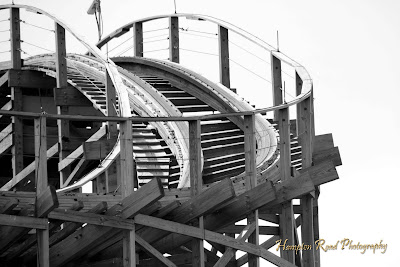 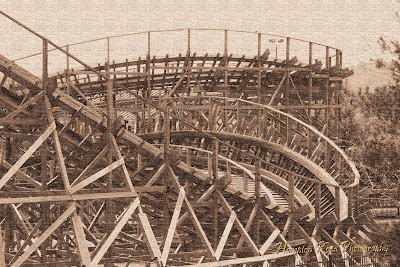 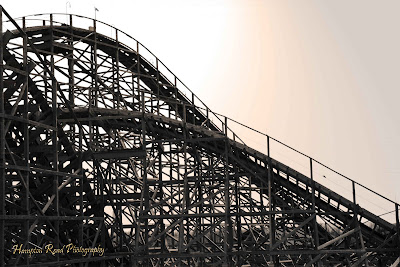 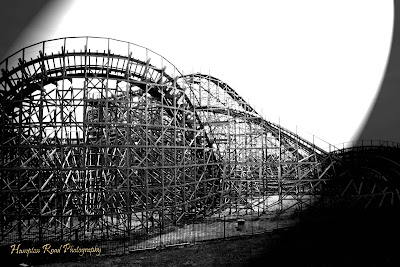 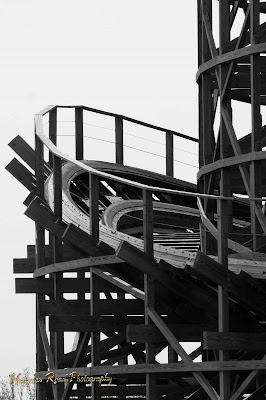 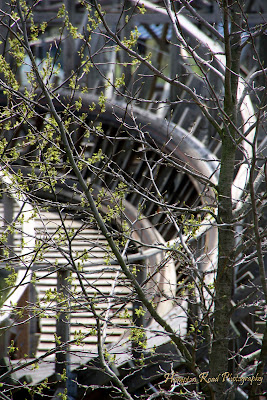 There is a great old-fashioned Ferris Wheel next to the Wildcat.  I'll post those photos soon!
Thanks for stopping by today!  I hope you enjoyed the photos.
Barb
Posted by Barbara at Thursday, April 08, 2010 3 comments: 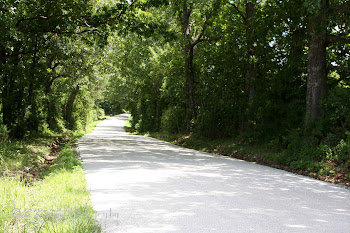